The date of Chinese New Year changes every year, but it always falls between January 21st and February 20th

How long is Chinese New Year?

When is Chinese New Year End?

What is my Zodiac Element?

How To Say Happy New Year?

Which Zodiac Animal Are You?

Are you a Tiger and wish to know more? View our blog!

The Year Of The Tiger

The Chinese zodiac, or Sheng Xiao (生肖), is a repeating 12-year cycle of animal signs and their ascribed attributes, based on the lunar calendar. In order, the zodiac animals are Rat, Ox, Tiger, Rabbit, Dragon, Snake, Horse, Goat, Monkey, Rooster, Dog, Pig.

Your birth year determines your Chinese zodiac sign, but it can get tricky, as the lunar calendar varies from the solar, or Gregorian, calendar.

Ben Ming Nian (Zodiac Birth Year)
Maybe you think your zodiac year (本命年 / ben ming nian) will be lucky. It’s your year after all. However, it’s the total opposite.

It’s seen as a hurdle you have to jump over. The way to protect yourself from evil spirits and bad fortune are to wear red underwear every day for the entire year. Even in modern times, it’s still treated as a real concern.

In some places, married men even have to be accompanied by their wives when they go out at night during their year!

When is Chinese New Year?

How Long is it?

Chinese New Year, also known as Lunar New Year or Spring Festival, is just around the corner.
Chinese New Year 2022 will fall on Tuesday, February 1st, 2022, starting a year of the Tiger.

Celebrations of Chinese New Year traditionally last for 16 days, starting from Chinese New Year’s Eve to the Lantern Festival. In 2022, that is from January 31st to February 15th.

As a public holiday, Chinese people will get 7 days off from work from January 31st to February 6th in 2022.

Offices, banks, factories, shops, and most non-essential services will close doors for a week’s holiday. Hotels and large retail outlets stay open and may even be busier than usual!

School holidays are four weeks long and migrant workers abandon their factory and construction jobs for weeks to return home.

Holidays in Hong Kong, Macao, and other Asian countries such as Malaysia, Singapore, Vietnam, and Korea are 1 to 3 days.

People go back home to be together with families, eat, drink, cook, visit extended family and friends to exchange good wishes and red envelopes.

Which Zodiac Element Are You?

The Chinese zodiac, is divided into 12 parts, and five elements. The five elements are metal, water, wood, fire, and earth. Each year of the Chinese Zodiac is represented by a different animal: the rat, ox, tiger, rabbit, dragon, snake, horse, sheep, monkey, rooster, dog, and pig

If you already know your zodiac animal in Chinese astrology, you might think your personality is similar to those born 12 years earlier or 12 years later in a year with the same zodiac animal as yours.

However, there is another factor to consider. In addition to the cycle of 12 zodiac animals, each year is also assigned one of five elements—Wood, Fire, Earth, Metal, or Water. Each element is associated with certain traits and behavioral patterns, adding a dimension of richness to the matrix of personality in Chinese astrology.

The idea of these elements originated in the Five Elements Theory or Wu Xing in Chinese. This complex philosophical system divides everything in the world into five categories, each possessing different characteristics. It was first formalized in the Spring and Autumn period in Chinese history—a period that gave rise to iconic philosophers like Confucius and Laozi—and would go on to become the foundation of many disciplines including Daoism, Chinese philosophy, astrology, Feng Shui, and more.

How to Say Happy New Year in Chinese

WHAT FOODS ARE SERVED?

Another well-known dish, dumplings are the northern equivalent of spring rolls. They are eaten during every special occasion but are the most significant during Chinese New Year. That’s a lot of dumplings! But there’s a good reason.

In Chinese, dumplings 饺子 (jiǎo zi) sounds like 交子 (jiāo zi). 交 (Jiāo) means “exchange” and 子 (zi) is the midnight hour. Put together, jiāo zi is the exchange between the old and new year. All dumplings should be wrapped at this time. By eating dumplings, you are sending away the old and welcoming the new.

There are too many different types of filling to count. You can have whatever type of meat, vegetable and flavor you’d like.

In the Suzhou province, egg fillings are a must. The dumpling symbolizes the silver ingot, while the egg is gold. Meat and bamboo strip filling is called 丝丝齐齐 (sī sī qí qí), which means that everything needed will be available.

Some people will also put a coin in a random dumpling. Whoever eats it will have great luck that year.

In addition to the joy of eating delicious food, the making process is a family bonding activity too. During New Year preparations, every member of the family participates and wraps dumplings. In certain regions, the daughter-in-law must make a dumpling to be considered part of the family.

Family is the basis of the Chinese society, which is seen through the significance placed on the New Year’s Eve dinner (年夜饭 / Nián yèfàn) or Reunion dinner (团年饭 / tuán niánfàn).

This feast is extremely important to the Chinese. All family members must come back. Even if they truly can’t, the rest of the family will leave their spot empty and place a spare set of utensils for them.

In the legend of the Spring Festival’s origin, this was when the monster Nian would come and terrorize the villages. The people would hide in their homes, prepare a feast with offerings to the ancestors and gods, and hope for the best.

Food is one of the things that the Chinese take the most pride in. And of course, lot of care and thought is put into the menu for the most important holiday of the year.

As with Chinese New Year activities and decorations, the dishes are created to give blessings for the next year. Both the names and looks are symbols of wishes for prosperity, happiness and auspiciousness.

Though every region (even household) have different customs, there are some common dishes seen on every table.

We are ready when you are! Your beautiful content is right around the corner. 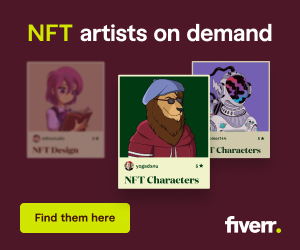